In my experiences as a trainer and consultant, I have noticed a large number of VMware engineers using Macs, yet... 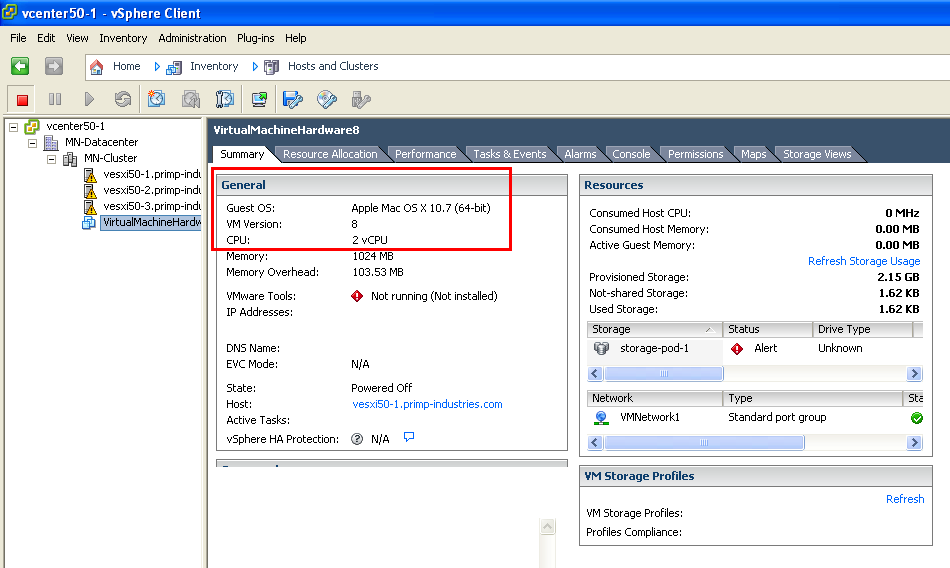 To enable the administration of your various virtual machines, storage, clusters, datacenters, and the like, you can now use the vSphere 5 Web Client. Before it can be used, it must be authorized; the best instructions I found for this are here. Up until now, If you wanted to run the vSphere Client on Mac OS X, you could go about implementing that via VMware Fusion by running a VM in Unity mode. If you didn’t know about Unity view, it removes or hides the VM from the screen and simply displays the applications that are running in the VM. This Post is purely to easy of vSphere Admins who want to download the VMware vSphere Client. I have athered the Download link of all versions of vSphere Client starting from vSphere Client v4.1 Update 1 to the latest release vSphere Client 6.0 Update 3.

for a long time managing vSphere was an all-Windows affair. There are now a few ways to manage a vSphere environment using a Mac. We shall see how effective they are and make sure you know your options.

Since the vSphere desktop client is a .NET application, it cannot be used from a Mac. The two options are to use a Windows machine from your Mac or to use the vSphere 5.5 Web Client. 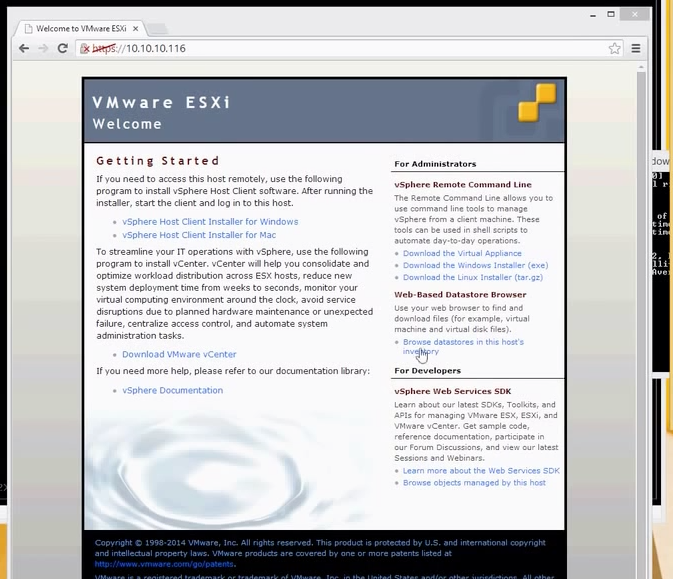 For a long time the only way to use a Mac to manage vSphere was to not use the Mac. I'll leave out BootCamp -- running Windows natively on a Mac just seems wrong. The simple method is to install the Microsoft Remote Desktop (RDP) client and access a Windows machine. This is very easy, provided you have a Windows machine available and you can work out which keys on the Apple keyboard translate to the corresponding Windows keys.
Using Fusion

The next method is to use VMware Fusion and run Windows in a VM on your Mac and install the vSphere client on that VM. Fusion does a great job of running Windows and the vSphere client works great. On the less positive side, you now are managing and updating Windows on your Mac as well as OSX. In addition you give up a reasonable amount of RAM to run Windows on your Mac. This is an inefficient way to manage a vSphere environment from a Mac, but it does allow you to use your favorite laptop.

VMware pulls back on Windows dependence

With the release of the vSphere Web Client and vCenter Server Appliance, VMware has broken some of its reliance on Windows. Originally, this simply meant that vCenter didn't need to run on a Windows server. You could use the original Web Client from a Mac to manage configurations and do power control on VMs. But since the old Web Client didn't allow a Mac to interact with the console of a VM, it was a little limiting. Without VM console access, you cannot install an operating system in a VM. With the release of vSphere 5.5, the Web Client now supports a Mac for VM console access. This makes a Mac as capable as a Windows PC for managing with the Web Client, but still no vSphere client.

There are still some gaps in the Web Client, namely integration with other services. VMware's Site Recovery Manager (SRM) plug-in only works with the Windows vSphere client. The same is true for vCenter Update Manager (VUM). Companies using either SRM or VUM will need a Windows machine to manage these components. Since both of these products require Windows machines to run the server components, there shouldn't be too much trouble. Install the vSphere client on these servers and use the old RDP access method.

One of the interesting areas is non-GUI administration. On Windows, we have vCLI and PowerCLI to manage vSphere from a command line interface (CLI). Since there is no PowerShell on the Mac side, there is no option to use PowerCLI. Similarly, the vCLI is not supported on Mac -- just on Windows and Linux. Naturally, both PowerCLI and vCLI can be accessed remotely using RDP to Windows or using Secure Socket Shell (SSH) to Linux. You can even install an SSH server on a Windows box to allow you to use SSH from your Mac and run PowerCLI on a remote Windows machine.

While none of those options are great for managing vSphere from a Mac, there is a great Fling called the vSphere Ruby Console. This Fling allows CLI management of vSphere anywhere that Ruby code can be run. Like any CLI tool, the Ruby console has a bit of a learning curve, but after a while, you should be able to do a fair bit of CLI management. The downside of the vSphere Ruby Console is, like all Flings, there is no commercial support.

A better way in the future?

The path to managing vSphere with a Mac has been a slow process. For a long time, the only option was to control a Windows machine from the Mac. It has taken a while, but there has been some progress for Mac tools to manage vSphere directly.

The ideal way to get a platform-independent management console with rich interaction is through HTML5. VMware has HTML5-based access to VMs in Horizon View. When the vSphere Web Client is able to be redeveloped as HTML5, we should see real device independence. Then a Mac should be as good as anything else to manage your infrastructure.