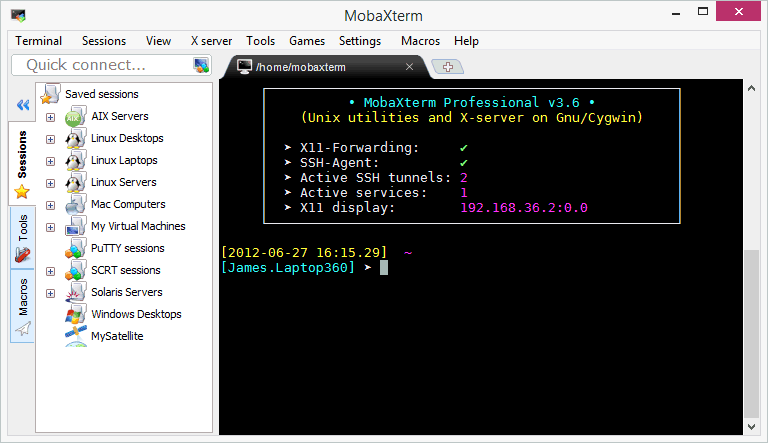 I'm trying to give myself reasons to play with Linux more but I'm a full time windows/vmware admin so running it as my primary OS isn't really an option right now.
I'm thinking of putting a VM up with a current version of Ubuntu or something and doing what I do when I need to use Windows 7 for something which is RDP into it. My quick searching seems to indicate Linux is still using VNC for remote desktop, which unless it's drastically improved is pretty bad.
Does anyone have a good way to get a desktop session with the smoothness of RDP into a Linux workstation?

Here are 5 of the best Linux remote desktop apps you can use on a Linux machine. Skip to content. Remmina is a GTK+ 3 application which consists of a main program and a bunch of plugins (RDP, VNC, NX, XDMCP, SSH, Telepathy). NoMachine is one more multi-OS remote desktop client with a version for Linux. It comes as a. Assuming for simplicity that you have only one client (but which can have arbitrary IP's), that the VNC server runs behind a firewall where you can't open ports, but the client has no such problems, a workaround would be to do put this command into an on-boot script on the server.