Today’s post was written by Reuben Krippner director on the Office 365 team.

Today we’re excited to announce new ways that you can access and manage your OneDrive for Business files from your Mac and iOS devices. 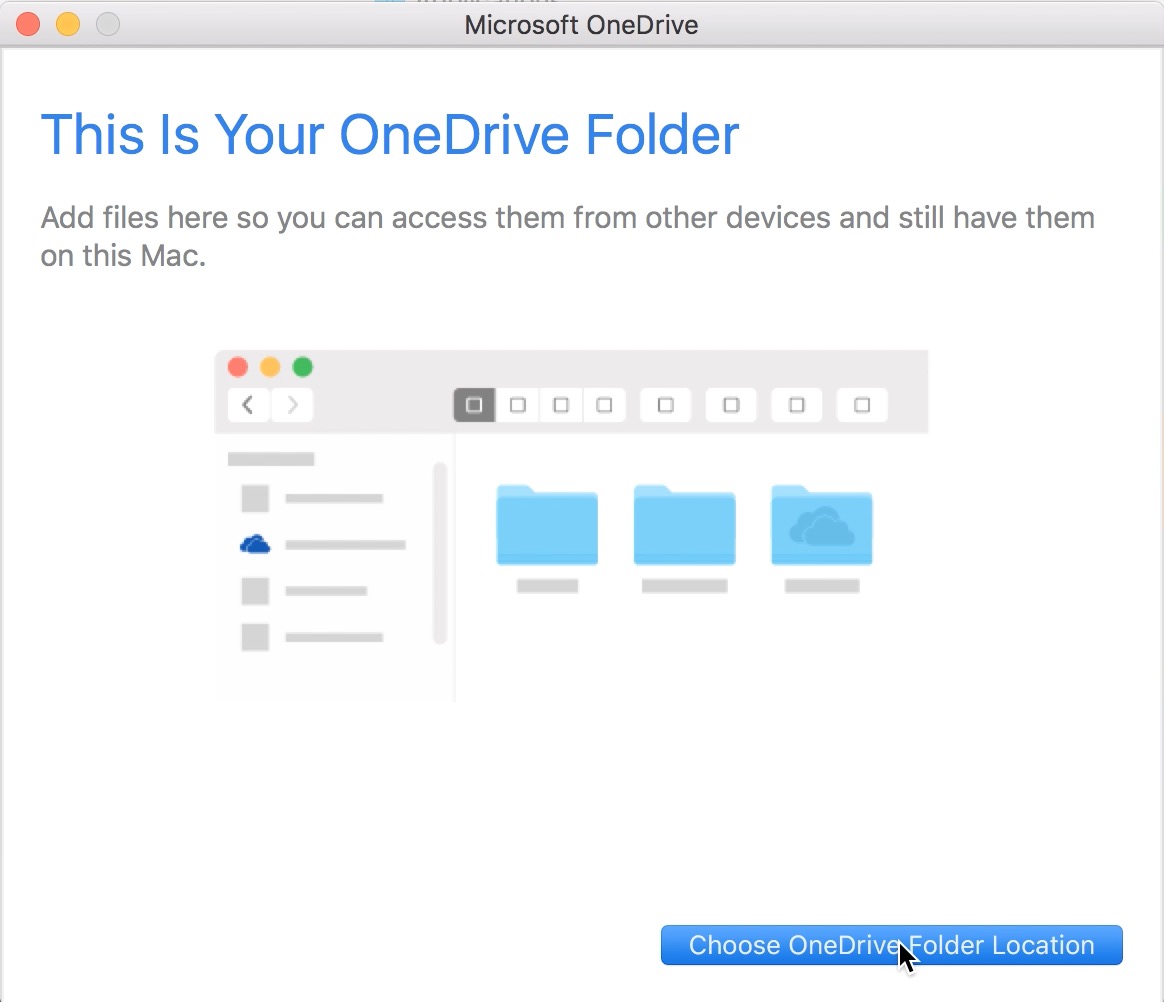 Note: The new OneDrive sync client is supported on OS X version 10.9 and above.To use the OneDrive desktop app to sync your work files, you need an Office 365 business account.

In the last few months we’ve rolled out new mobile experiences across Android and Windows Phone, which allow people to connect to both their personal and business OneDrive storage from a single app. We’re excited to announce that today we released an updated OneDrive app for iOS that provides access to personal and work storage. This release rounds out the first phase of our mobile investments that deliver a single OneDrive experience across work and life.

We also heard the feedback from Mac users wanting to be able to easily access and take their OneDrive for Business files offline. Today we released the public preview of our OneDrive for Business sync client for Mac, which provides a simple and secure way to manage and sync your files through the familiar Finder experience.

You can download the iOS app from the app store, and the Mac sync client preview from the Microsoft Download Center. For further details on today’s releases check out the OneDrive blog.

If you want to see these apps in action plus more details of new features coming soon to OneDrive for Business then check out this Office Mechanics show.

Stay tuned for more OneDrive news in the coming months and you can also stay up to date with the full Office 365 roadmap here.

Microsoft is rolling out, as of Jan. 24, the long-awaited ability to sync OneDrive for Business and SharePoint.

A number of users have been awaiting the ability to sync SharePoint sites directly to OneDrive. Microsoft executives said in April that Microsoft's goal was to enable SharePoint Online document library sync to OneDrive for Business in preview form in the third quarter of 2016 (which it did in September), with a general release by the end of 2016.

In December, Microsoft officials said the new delivery target for OneDrive for Business-SharePoint sync was January 2017.

Microsoft is updating its sync client to enable SharePoint Online team sites, including files used in the Microsoft Teams team-collaboration service (currently in preview), to sync directly to OneDrive. Users also can now sync OneDrive for Business shared folders. Microsoft also is enabling the new activity center in its latest OneDrive sync clients for Windows and Mac, providing users with detailed information about their latest sync activity and status.

Users with the latest version of the unified OneDrive clients will see their clients automatically update with the new capabilities.

Microsoft's strategy for OneDrive is to 'give you anywhere access to your files, personal or business; individual or team,' reiterated Corporate Vice President of OneDrive and SharePoint Jeff Teper.

I asked Teper for an update on the status of the OneDrive placeholder replacement technology, of which Microsoft provided a quick sneak peek at its Ignite show last fall. All he would say is Microsoft knows this is a top user request and the OneDrive and Windows teams are continuing to work together on a solution that they will discuss in the future (most likely at Build 2017 in May 2017, based on previous information on UserVoice).

Microsoft wants AI to help humans, not replace them

Microsoft's free cloud storage isn't just for Office files. You can use its rich set of features to share files, photos, and documents. Here are six tricks to help you get more out of OneDrive.